Long before there was a President Trump, back when the world considered Donald Trump a real estate mogul, a television superstar, and a playboy jet setter, individuals scattered around the world began having visions and speaking prophetically about a future Trump presidency. This “Chorus of Prophetic Voices,” as we are calling them, told of a flawed but powerful man, growing in his spiritual convictions and, thwarted over and over, but ultimately persisting in his mission to lead the world in a war between good and evil. Compiled by author BethAnon, Love, Joy, Trump will be released in the summer of 2020.

Are You a Fool for Felines?

Here is a sneak peek at a new all-color, lavishly illustrated book that shares the secrets of cat language.

If you would like to understand your pussy’s meows, you will appreciate this guide, first published in the 1800s and updated with current spellings and amazing images. No cat lover should be without our upcoming book; Pussy and Her Language, due for release mid-April. Join our Readers Group at the bottom of this page and we will let you know when it is available on Amazon. Meow

Our brand new release—White Hats, Swamp Creatures and QAnon: A Who’s Who of SpyGate by Captain Roy D— is the #1 New Release for Social Science References on Amazon. This book is a 433-page encyclopedia of the events and people involved in those events around and since the 2016 election. It reveals the real things that were going on while the mainstream media was yelling lies about Russia Russia Russia for nearly 3 years. We know that the Russia narrative was intended as an attack on the President, but it was also a designed to distract US Citizens from knowing what was happening. This book shares what they were hiding.

What was so almighty important they didn’t want you to pay attention to? Oh look! There’s a bird!

Swamp creature? What are you? Some kind of conspiracy theorist? There aren’t any swamp creatures.

If you liked our last book, and even if you didn’t, you are going to love this one.

Relentlessly Creative Book’s new title QAnon: An Invitation to The Great Awakening, thanks in part to a firestorm of controversy from the enemy camp (the legacy main-stream media) achieved Best Seller status in less than 6 days. The book, written by 12 anonymous authors, achieved #1 in the Political Censorship and Political Freedom categories and #2 on Amazon’s overall Best Seller list. With over 500 five-star reviews, the consensus seems to be that this is a historically significant book and a “must read” for those willing to know the truth about the abuses and corruption including human trafficking, of many leaders in the political, corporate, religious and media arenas. WWG1WGA (Where we go one we go all) is the battle cry of a new movement determined to awaken those who have been lulled into while they are being robbed, damaged and enslaved.

QAnon: An Invitation to The Great Awakening
The most admonished book of my lifetime.

I have never before experienced the publishing of a book that contains ideas so outrageous, so dangerous that the press writes articles and news stories that are so desperate to keep us from even reading them. That fact alone should make it a for any curious mind or seeker of truth.

The and the mainstream media at large have a proven track record of deception and false reporting. Remember WMDs? How about the Gulf of Tonkin? The list is endless and ongoing to this day.

If you’re a person who likes to consider themselves well informed, regardless of your political leanings or personal feelings about particular players on the political world stage, you owe it to yourself today least give an honest look at the other side of the story.

It’s well known that history is written by the winners. We’re only getting one point of view from the mainstream, and they are rabid in their opposition to our awakening.

What are they so afraid of?

We Have a #1 Best Seller 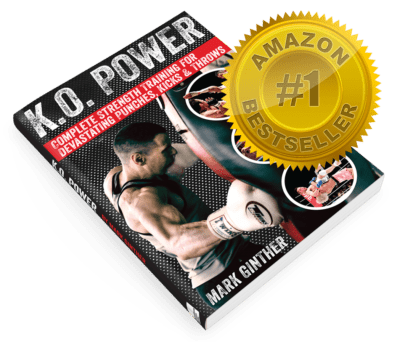 Congratulations to RCB’s best selling author Mark Ginther! His book K.O. Power just became the #1 best seller in the Boxing category on Amazon. This is our first #1 book! Thank you RCB readers and the many fighters who read and train with coach Ginther. 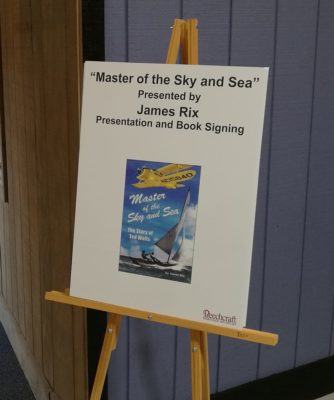 James Rix, author of Master of the Sky and Sea: The Story of Ted Wells was recently featured at an event at the Beechcraft  Heritage Museum. James reports that his presentation was well recieved and the museum nearly sold out of books. Congratulations James!

Something to Wear While You Workout 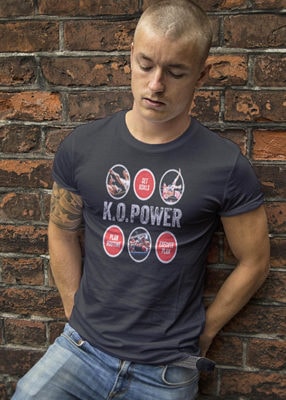 Our books by coach Mark Ginther, K.O. Power: Complete Strength Training for Devastating Punches, Kicks & Throws and K.O. Power Workout Blueprint and Training Log, now have their very own tee shirt. Since we sort of like photos of guys in sweaty tees, we are offering free copies of the K.O. Power Workout Blueprint and Training Log to the first three people (it’s available in women’s sizes too) who send us a pic wearing this tee! It is available on Amazon.

What Readers Are Saying 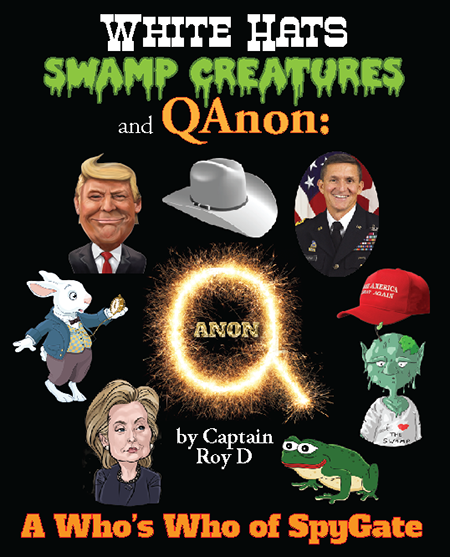 Excellent well written book with a ton of facts and info for both the well seasoned and those curious and new to the topic. 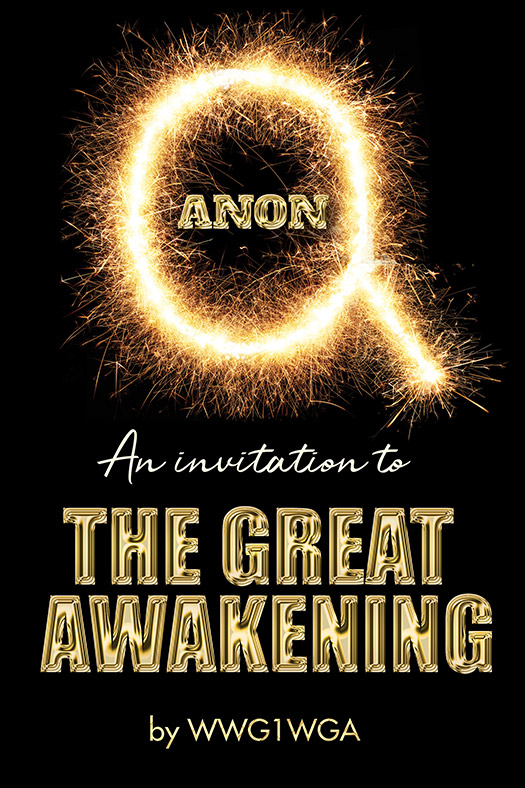 Great read. It exposes things that are going on that the mainstream will not report. 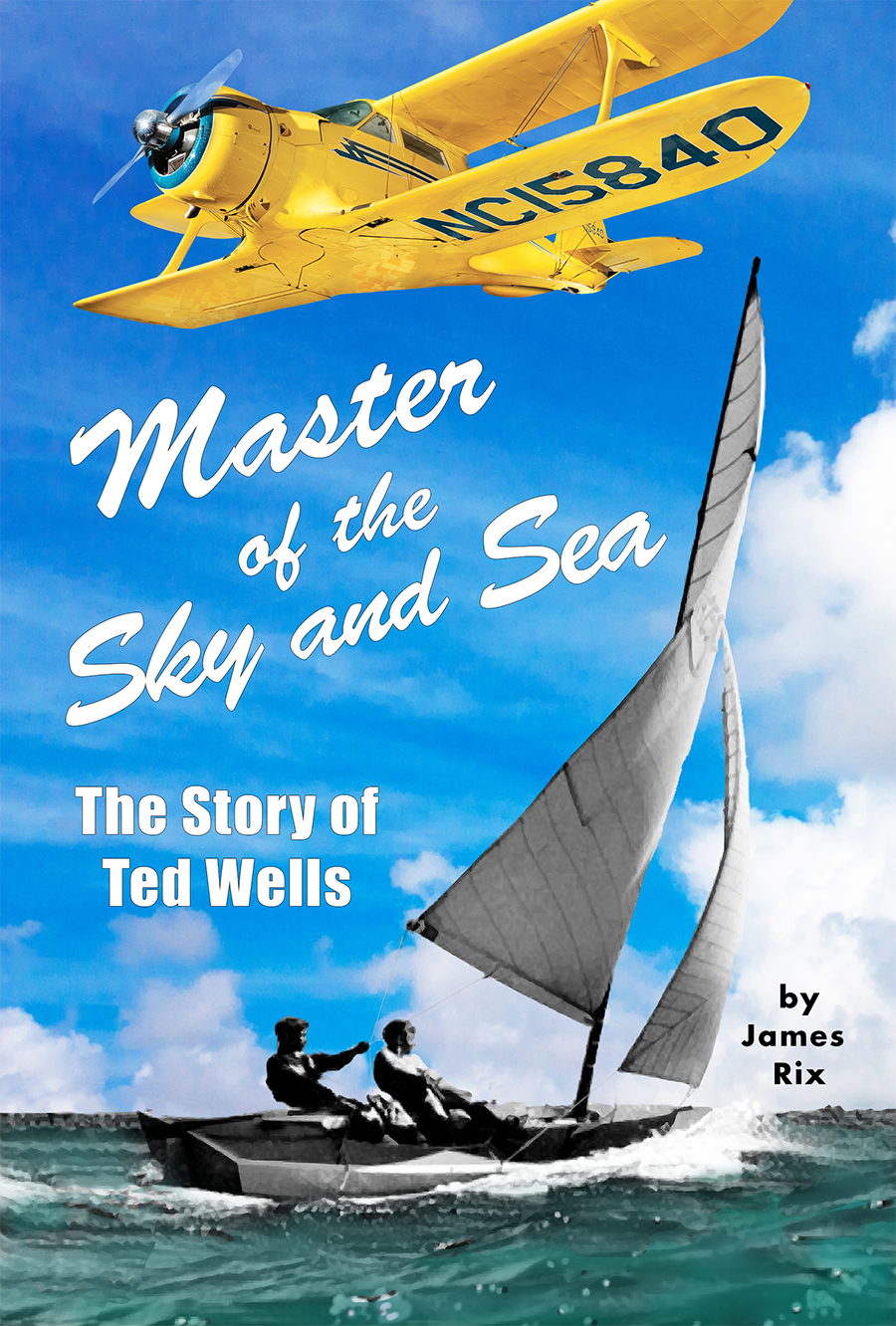 I really liked playing Tiny Horsies. It was different than a board game cause I got to use my imagination!

Reviewer, Dara Teaches How to Play 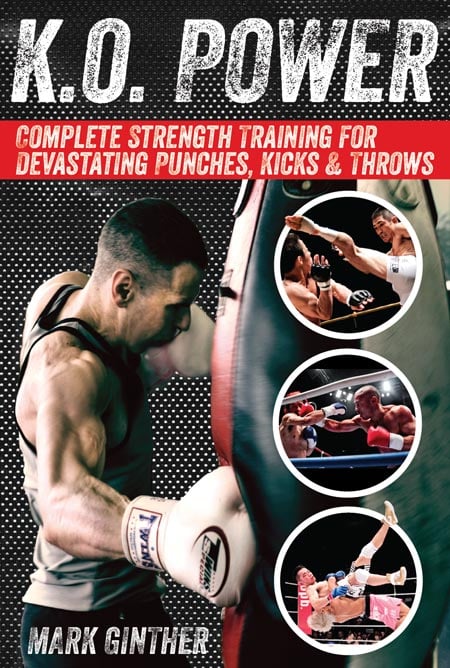 K.O. Power is excellent both for the seasoned athlete or coach as well as the absolute beginner…
Ikuyo Suzuki 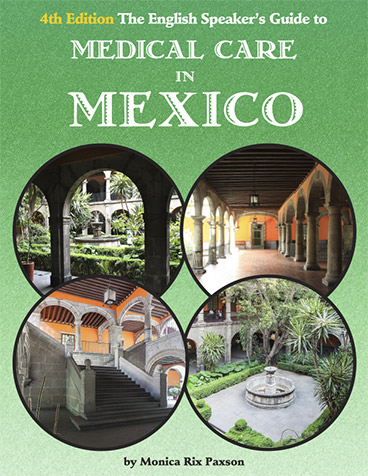 “This book is insightful and well written, and should be mandatory for any patient seeking medical care in Mexico.” 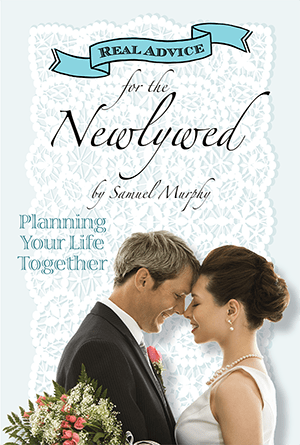 “I encourage anyone who is about to get married, recently married, or been at it for nearly a lifetime, read this book. I did and I loved it.” 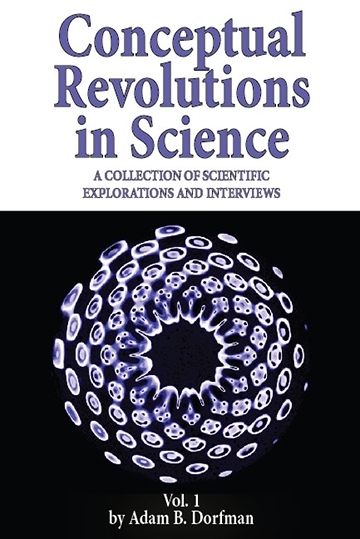 An unusual, highly readable compendium of insights. . . . I couldn’t put it down.
Dr. Gerald H. Pollack

Professor of Bioengineering, University of Washington 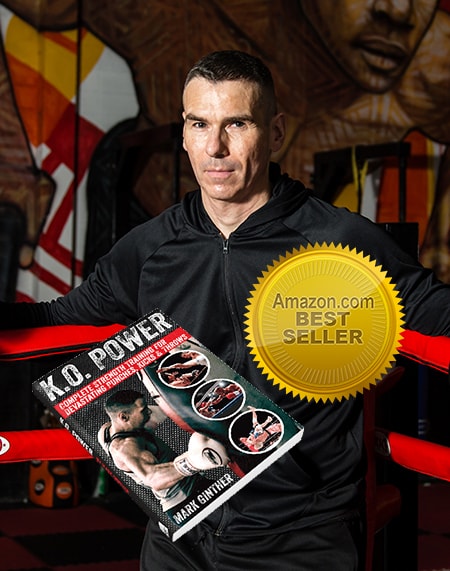 RCB’s author Mark Ginther’s book K.O. Power has been an Amazon bestseller for over 2 years. 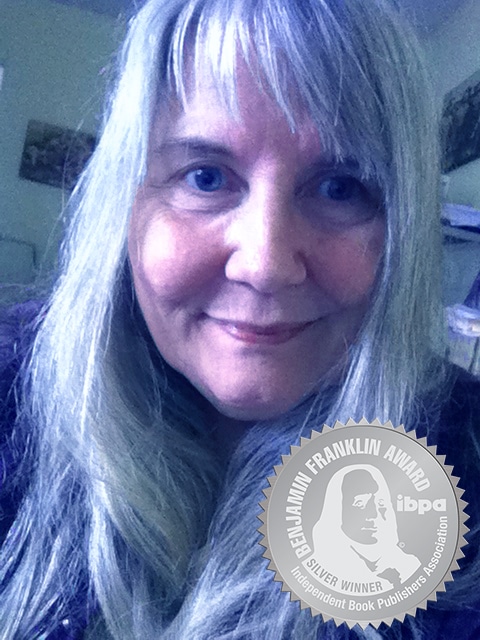 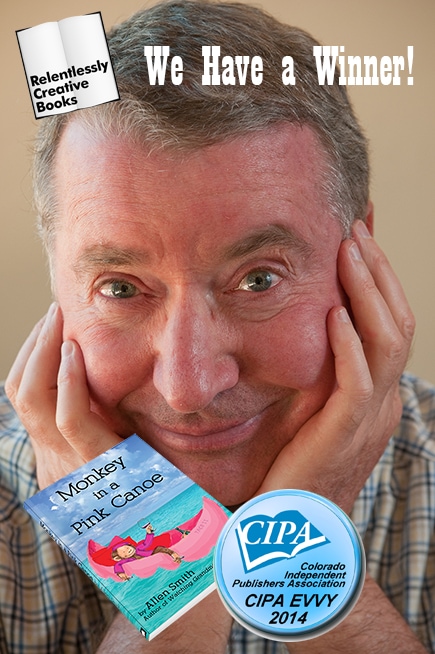 The essential, highly recommended and comprehensive guide to Mexico’s healthcare system for travelers, expats, retirees, medical tourists and others visiting Mexico or making their home there.

Ponzi: The Prince of Pi Alley: A Novel About the Scam of the Century

Charles Ponzi had the chutzpah of Bernard Madoff and the audacity of Donald Trump in an age of innocence. This is an illustrated novel about the historical events surrounding Ponzi’s Scam of the Century, the enthusiasm and panic he generated, and the people he involved his scheme.

Flippy’s Life Lessons is a coming-of-age book for the text-message era.

The English Speaker’s Guide to Doctors & Hospitals in Mexico

This is a carefully researched, up-to-date directory of English-speaking doctors and hospitals with English-speaking staff in Mexico. All resources listed are recommended by trusted sources. Designed for expats, retirees and travelers. 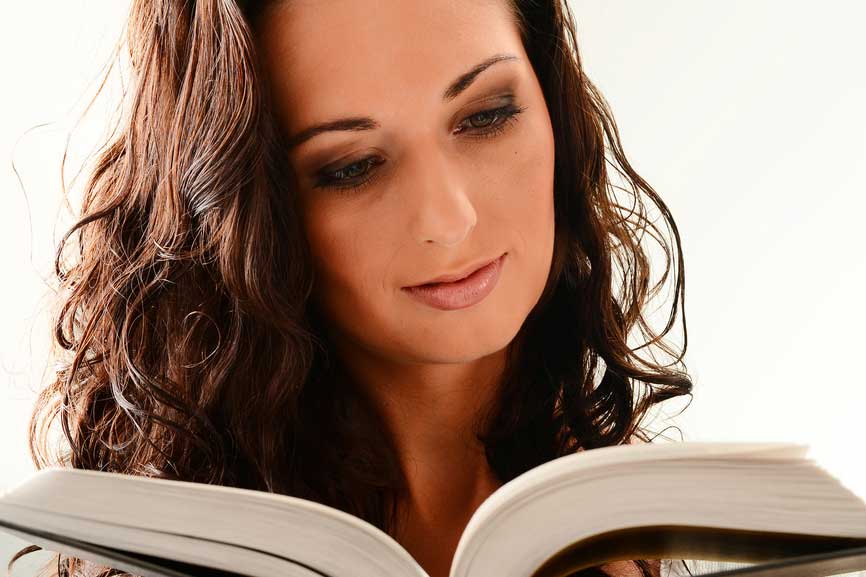 Readers are treasures. Thanks for showing up and we’d love to start a long-term relationship with you. Subscribe and we’ll include you in upcoming releases, ebook give-aways, specials and author events. 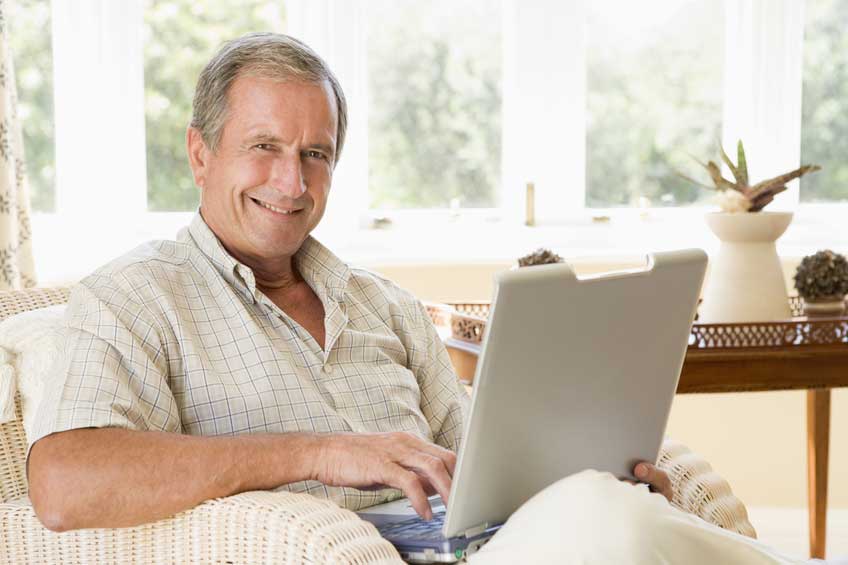 Our “middle-path” approach gives select authors and experts a unique way of connecting with readers. Subscribe and read our White Paper to discover a whole new way to work with a publisher. 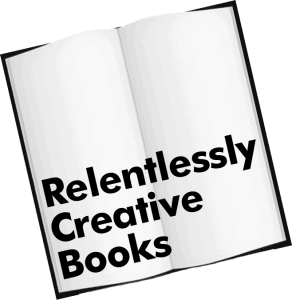