Home > Books > QAnon: An Invitation to The Great Awakening

QAnon: An Invitation to The Great Awakening

“Only small secrets need to be protected. The large ones are kept secret by the public’s incredulity.” — Marshall McLuhan

The media's favorite "hoax" is the Q Anon movement. Is it a joke? Is it dangerous? Who's involved and how did it begin? "Q Anon, An Invitation to The Great Awakening," explains the phenomena with the help of 12 citizen journalists, from the very first Q post right up to today's headlines.

This book is a field guide to an important chunk of reality that’s been carefully hidden and wrongly discredited by the media. It reveals an extraordinary movement underway, a battle of epic proportions. Whether you know it or not, you’re involved because the result of this battle will determine the fate of your children and future generations both in America and around the world. However, you may only be vaguely aware of QAnon or “Q,” if at all.

If you value the truth, you will want to learn about the QAnon movement and the battle that is being waged on your behalf to protect you and your children from abuse and enslavement. The war between Good and Evil is no longer merely symbolic. Evil is being, tried and brought to justice in federal courts and military tribunals today. Criminally corrupt government leaders, celebrities, religious leaders, media figures, and corporate heads will be tried and punished for crimes involving treason, human trafficking, ritual sacrifice and unspeakable perversions.

QAnon: An Invitation to The Great Awakening tells the history of an anonymous poster on the free-speech websites 4Chan and then 8Chan and how he (or perhaps they) built a following of millions of viewers worldwide. With an insider’s knowledge of the battle plan (see “The Plan to Save the World”), and “Q” level military intelligence clearance, QAnon’s communications are often cryptic and coded. QAnon is a master of the Socratic method, asking questions and imploring followers to do their own research, to be logical and to think for themselves.

This book was written by twelve “Anons,” anonymous Q followers, decoders and citizen journalists known collectively as Where We Go One We Go All (WWG1WGA). These author/contributors each bringing their own unique perspective and experience. Together they give you an overview that may encourage you to learn more. The one thing they are all convinced of: QAnon is not only real, but an insider with White House connections and this book offers many proofs to substantiate this claim.

Have you been convinced by legacy media claims that Q is a hoax or a “conspiracy theory?” Instead, consider why the media would insist that you—a thinking and capable adult—should avoid Q at all cost? If a mere “conspiracy theory,” why all the attention? What ideas are so dangerous you should never hear them? Is there another side to the story? Read QAnon: An Invitation to The Great Awakening and judge for yourself.

WWG1WGA (Where We Go One We Go All) is the collaborative effort of 12 author/contributors and citizen journalists who have YouTube channels, blogs, Twitter followings and/or sub-Reddits, etc. that feature Q decodes, news and commentary. These author/contributors may be able to help you start on the quest to understand Q. Author bios and contact information are available in the book.

Video About the Book
Order Now 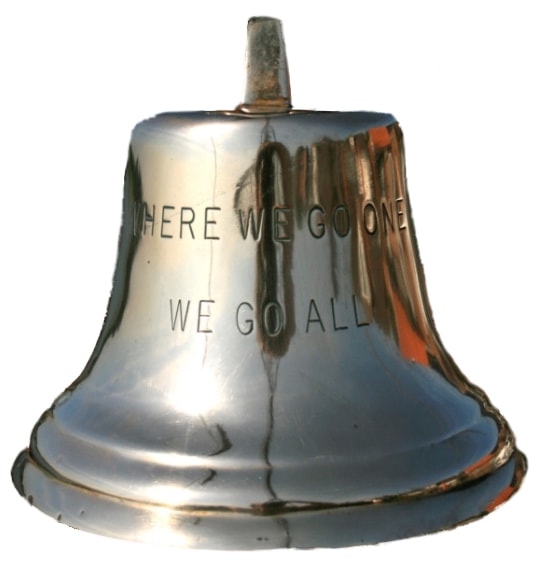 WWG1WGA (Where We Go One We Go All) is the collaborative effort of 12 author/contributors and citizen journalists who have YouTube channels, blogs, Twitter followings and/or sub-Reddits, etc. that feature Q decodes, news and commentary. These authors are authorities on Q and can answer many questions. Contributing Editors, Dustin Nemos and Captain Roy D, are the official spokespersons for WWG1WGA. Author bios and contact information are available in the book.

QAnon: An Invitation to The Great Awakening

The media's favorite "hoax" is the Q Anon movement. Is it a joke? Is it dangerous? Who's involved and how did it begin? "Q Anon, An Invitation to The Great Awakening," explains the phenomena with the help of 12 citizen journalists, from the very first Q post right up to today's headlines.

The essential, highly recommended and comprehensive guide to Mexico’s healthcare system for travelers, expats, retirees, medical tourists and others visiting Mexico or making their home there.

Real Advice for the Newlywed: Planning Your Life Together

Explosive Speed and Power isn't something you are either born with or not, but like all things can be developed. K.O. Power will show you how to unlock your hidden potential, allowing you to be faster and more powerful than you thought possible.